Hannu Karjalainen – A Handful Of Dust Is A Desert. 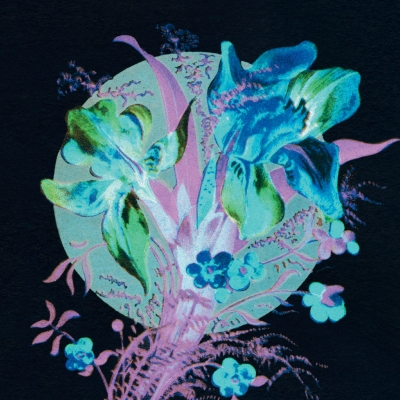 “A Handful Of Dust Is A Desert” is the third Hannu album following on from “Worms In My Piano” (Osaka 2006), “Hintergarden” (Kesh 2009) and the “Harhailua” Ep (Kesh 2009). This is his first release to feature his full name. During the past eight years, Hannu has been keeping himself busy with his multimedia art explorations utilizing photography and film, more of which can be viewed here.

“A Handful Of Dust Is A Desert” is released on the Berlin based Karaoke Kalk label (home to Hauschka, Dakota Suite, Senking and others) on vinyl /CD /Digital editions with physical pressings in editions of around 500 copies. Hannu Karjalainen’s association with Karaoke Kalk started with his remix of Dakota Suite’s “The End Of Trying Part III” on “The Night Just Keeps Coming In” in 2009, which also featured remixes by the likes of Hauschka, Deaf Center, Loscil and many more.

The label describes the album as “Instantly captivating and for lovers of ambient music, dream listening. As an artist who trained in photography and is mostly active in the world of visual art, Hannu Karjalainen clearly enjoys a great deal of creative freedom in his music. This is the kind of desert you won’t mind getting lost in and even take pleasure in roaming through the expansive sonic landscapes and horizons it embodies.”

“Angel” opens the album with lush affected swathes of ambient Synth with granular before the major hook of the track is introduced which takes on a variety of shapes as it is manipulated and twisted around. This is complimented by deep ambient Synth that give the track an almost dubby feel in relation to how thick they are as opposed to traditional dub techno like sounds. The synths and the granular sounds consistently change shape and position filtering in out of the soundscape providing contrast from the more nicer sounds to the grittier sounds. The ambient synths particular have a pulsing sound like they are waves crashing as they pound the coast. The label describes it as being reminiscent of Boards of Canada’s finest work, but I find it has more depth than BOC.

“The Emigrant” a slow paced rhythm starts off the track on Glockenspiel and Synth that has a highly melodic if subdued sound, mixed something a bit more ominous and also Sci-Fi as well. The Sci-Fi Synth waves come in layered loops, while the Glockenspiel has a percussive edge to it and a child like playfulness. Pulses of electronic sound splatter out like tentacles and synth ripples float out filling up every aspect of sound making the track aurally rich with the feature being the Glockenspiel rhythm.

“Love, Unconditional” mixes up dreamy ambient Synths with watery piano keys, static loops to create a pure ambient track where everything is flowing out and engulfing. The Synth is thick with weight, the piano keys ripple out and the static loops remind of field recordings of natural electricity.

“Meille” is a haunting drone meditation with string like sounds and subtle ambience that are low in tone and are mournful in their length. A flute like bird song comes into play and gives the melodic transition to a more darker territory where the synths have an austere sound to them and in way almost like the haunting sounds of whale songs. A nice comparison of elements.

“A Handful Of Dust Is A Desert” has an intro reminiscent of one of those classic Richard D James or Aphex Twin albums (the label quote later period Susumo Yokota) with multi layered piano loops come in and out. The contrast is that one is more subdued than the others frantic rhythm. Despite the title track being 2:15 in length it is a nice counterpoint in that the album can oscillate between Ambient and IDM and this track covers both genres easily.

“A Year In The Day” starts with electronica style Synth pulses with crackled beats and looped handclap percussion. Just when you think you know the direction the track is heading in a melodic guitar that sounds almost Synth like comes in and changes the direction of the track. After a short break down the original electronica styled Synth returns with a shaker percussion accompanying it before the guitar returns and the handclaps lead the track out to the end. The track manages to cover the electronica side of things with a slight nod to post rock in the guitar department.

“Love Is A Black Lion” features a piano sample of the Dakota Suite tune “The End Of Trying Part III”, which is what brought Karjalainen to the label in the first place. The track opens with record groove dust sounds while a haunting drone cascades and a minimal section of morose piano is played. Other drones enter the mix with sounds seemingly lurking deep in the mix which build up the sound. Industrial like sounds cut in an out in a haunting desolate fashion with a dark ambient edge to it. Parts of additional piano sound like they are played on instruments that have been exposed to nature. This is a track that goes over several genres and is not easily pigeon holed.

“Breaks My Heart She Aria” is the epic and fitting finale. Layers of choral samples over granulated sound form a heavenly drone which is supported by synth drones. Train brake slamming like noises shudder in and out as a swirl of electronics swarm around the drones with sounds going in every possible direction. The layers cascade over each other and build up ever so slightly in intensity with storm like feel that settles down to center on the drones in the last two minutes of the track just leaving the choral ambience to take us to the end. The track never goes over the top and Karjalainen knows when to reign it in perfectly.

While his previous albums were more rooted in the Experimental/Electronica genre with Electroacoustic influences, “A Handful Of Dust Is A Desert” finds itself more in the Ambient/Electronica field and is a much deeper ,epic, widescreen and lush album. Definitely one to listen to again and again and get repeated enjoyable listens.