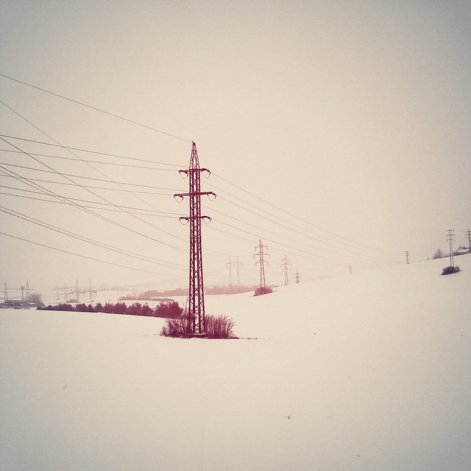 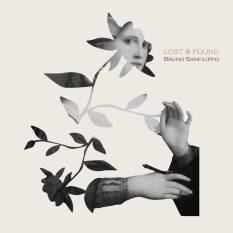 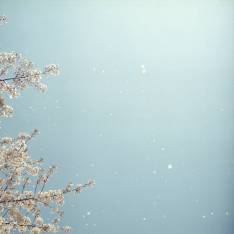 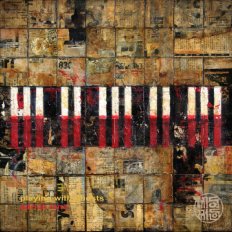 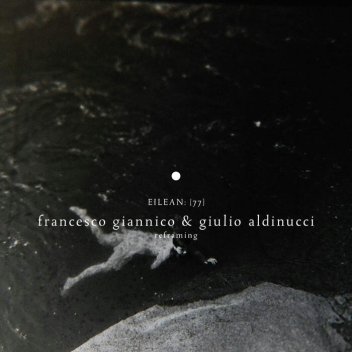 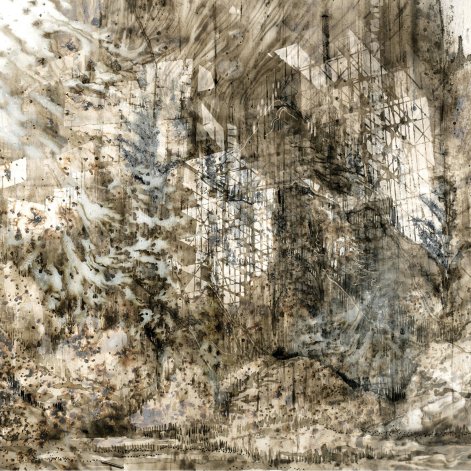 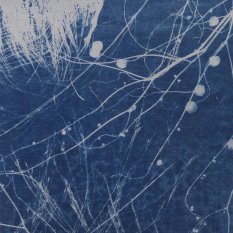 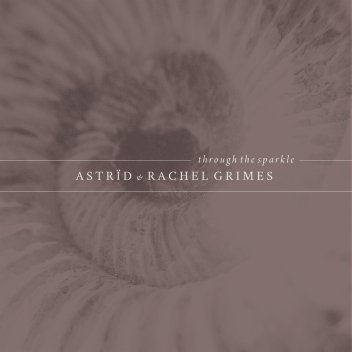 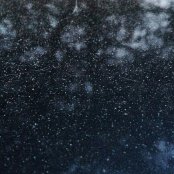 I have to admit a sense of dread in compiling this list. These lists can be seen as from arbiters of taste and start well before the year ends. Sometimes it seems in competition to be the first to decree which album/label etc to be the finest of the year. I am not an arbiter of taste at all by any stretch of the imagination. This is a simple list of twenty releases I liked this year. There is no ranking, no breakdown into genres or sub groups (sorry, no best Winter albums as well, it’s not winter everywhere). Just a plain old list. My apologies go to those that had sent across material that has yet to be reviewed, but I endeavor to review them all. There is a supplementary list of three re-issues that also caught my attention this year. Without further ado and in no particular order….

“Although I have not heard Masotto’s two previous releases and cannot compare this release to them (nor ascertain if the music matches the title of the album), what is striking is the use of electronic elements and instrumentation that compliment the solo piano. Such is the skill that this could sit comfortably in the Erased Tapes catalog.”

“The album has a feel of a well crafted cinematic mix of elements like every single structure, instrument and style was carefully thought out and executed well. This is not an album rushed or one to rush through. The pace of the album is very gentle and it flows smoothly.”

“Yi and Peh construct the album using only bowed guitar and piano to stunning effect. Recently I have been listening to music composed with lots of different elements and instruments, so it is quite a refreshing change to listen to something constructed with such few instruments that is so rich in sound.”

““Dietro a un vetro” is quite a stunning record especially as debut’s go. There is a great range of material and the fact that Giulio shows great restraint in his playing shows that he is in total control. The field of Modern Classical solo piano is one that is full to the brim, but Giulio easily adds to the field without it being simply ‘another piano album’. Totally recommended.”

“The production, performing and mixing were all done by Michael Cottone. I can only assume that the recording was done at home as there is no information to where it was recorded. If this is the case Cottone has done an outstanding job with such time and care put into this album which was expertly mastered by Taylor Deupree at 12k Mastering. If you have been a The Green Kingdom you will love this, if you are new to his work go back and get accustomed to his outstanding back catalog. Totally Recommended.”

““Reframing” is a work that could be classified as Electroacoustic Ambience and has more than enough depth and variation for sustained listening. It is a perfect headphone listen to pick up all that is happening in the tracks. A mention should be made of the dynamic master of Ian Hawgood.”

“On this single Sontag Shogun and Moskitoo have ably demonstrated how to collaborate. The way they have been able to fuse their music together and construct it results in an enjoyable listen. Hopefully this is not the only collaboration that the four of them come up with. Totally Recommended.”

From The Mouth Of The Sun “Hymn Binding” (Lost Tribe Sound)

“From The Mouth Of The Sun have delivered a stunning album and have carried on Lost Tribe Sound’s outstanding the Prelude to the Decline series. They show how to make deeply textured music seem effortless and reward the listener with an album to enjoy endlessly. Totally recommended.”

Roberto Attanasio “Behind Those Eyes I Rest” (1631 Recordings)

“As Roberto mentioned in our email exchange in regards to his method of writing /recording his music “The only thing I had to do was transcribe I had in mind, and that was incredible because what you listen to is exactly the song I played in my mind. I didn’t do any change respect to my music thoughts and maybe this is the beauty of the Ep : spontaneous and intimate.”

I think the last word of that quote best sums it up this Ep and the recording style of it. – intimate.”

““Lost & Found” sees a collection of material from a wide span of time be collected to form a cohesive album. Some work better than others, my personal preference would be “Soltario” to be shorter, but the album is an enjoyable listen for people looking for more than just a solo piano album.”

“There are no standouts on the album for me. That is because it is consistently good. There are elements that appear several times over (like the affected vocals) which can make the music a bit samey, but that can attributed to a fair amount artists. What Lizón has created here is an enjoyable, bright listen. It’s the aural equivalent of opening the curtains and letting the light shine in. If you like the artist references at the start of the review, then you will enjoy this album.”

“It is quite amazing to think that this was recorded in a short period of time on one day, edited and re-assembled and then some six months later sounding like a fully formed album from an established group. Aiden Baker, Simon Goff and Thor Harris have produced a very enjoyable, rich album that thanks to Gizeh Records we are able to appreciate.”

“To say he has achieved something jaw dropping is an understatement. Any concern you have of it being derivative of The Caretaker are easily forgotten.A special mention should go to his collaborators especially Bryan Styles’ Clarinet, which helps formulate many of the albums tracks. This album was released on August 18 in an edition of 150 copies, I urge you to check it out.”

“Over the course of four albums in seven years, with the others appearing on Schole  and Slaapwel as well as Ep’s on Rural Colours and Hibernate, Heine Christensen has created his own place in the ambient scene with his thought out minimalistic, micro glitches and melodic tones. Expertly mastered by the former experimental grindcore practitioner Plotkin, “Vár” is a trip down the sun soaked dappled miniatures of Ghost and Tape and lives up to both his history and that of Home Normal’s class of 2017. Recommended.”

““Opacity” refers to the lacking of transparency or translucency which can be compared to the pieces on the album where there are multiple elements. One of the synonyms of Opacity is haziness which can be occasionally heard in tracks like “Clouds” and the beginning of “For Now” for example. For “Opacity” van Wyk has taken on some of the elements of “Attachment” added some from his previous work and taken it further. The shorter pieces that come across as Soundtrack-esque is a something that would be interesting to see van Wyk detour into as I think he would pull it off with aplomb. A mention should be made of the cello and violin of Brittany Dilkes, Gavin Clayton and Lynn Donson for their important contributions to the album. Recommended.”

“A thoroughly enjoy album from someone who would easily craft a great soundtrack in the future.”

“A thoroughly enjoyable release especially if you like your ambience coated in thick haze with layers to peel back and investigate.”

“The playing and compositions of this album give you the feeling of a long-standing band, not a band and a collaborator. The way Astrïd and Grimes fuse together is so seamless with each others influences forming together to create something their own. Elements of Grimes’ sounds developed in Rachel’s come through and fit nicely within the Astrïd framework to provide an enjoyable and cohesive piece of work. The label describes it perfectly : “Through the Sparkle is a record of miniature symphonies, of elegant restraint. A gracious and generous offering from a group of musicians at one with each other and at the top of their game.””

“It would be easy to see this ep as something more than it is. It could easily be part of a soundtrack to a feature film. The length of the tracks are perfect and make great little vignettes. For an artist that is used to being self released, he could easily slot into the roster of say 1631 Recordings.”

“Throughout the album Kosemura has demonstrated why he has such a following. For some a strictly solo piano album could be too much of a same thing, but for Kosemura he knows how to construct an album that can sound familiar but you look back to the other tracks you cannot pin point which track it is. Naturally with a genre like Modern Classical /Solo piano that is fast becoming a saturated one, it helps to be a great composer and this is what Kosemura has on his side. Add to the fact that Kosemura doesn’t just rely on Piano and you have an artist that sustains the listeners interest and keeps them engaged.”

“It is fairly easy to see why Soft re-issued this and fits in well with their stable of releases that have included Darren Harper, Kate Carr, EUS and of course Linear Bells. This release is just simply one of those that come along and captivate you from the start and you hope that more than a limited audience gets to experience it.”

“Throughout these albums Fritch shows his musical chops in the form of composer, musician and recorder. His strength lies in his ability to construct multi layered pieces with an attention to, structure and how the instruments work together. If I were to chose between these two albums Would pick “The Sum of the Parts” purely because my taste leans more to the cinematic feel than the more rustic Alt-Folk that his is familiar with. However, both albums are recommended.”

“Overall this is an impressive album with miniatures that would be great if expanded. It shows of Lindhagen’s talent and flexibility and a composer to use different elements to the tracks so it’s not a case of “same same”. I look forward to what he brings us on his next release. Totally recommended.”