Tangent are the Netherlands based duo of Ralph van Reijendam and Robbert Kok. “Approaching Complexity” is their fourth album (and second for n5MD after 2016’s “Collapsing Horizon”) which sees the duo expanding their sound with recurring piano motifs finding a way into their ambience and beats. A standard definition of a Tangent is for something that touches, but does not intersect, or in the case of going off tangent is to while talking about something then suddenly deviate onto a different topic. Keeping this in mind, it will be interesting to see if the duo’s name is indicative of their musical approach or styles.

“The album is said by the duo of Ralph van Reijendam and Robbert Kok to be “about the stransition from basic forms to complex structures which are often seen in nature during the transitioning of seasons”. They add that “Life awakens from hibernation and evolves from being introverted to becoming extroverted, even building upon the remnants of previous cycles and evolving into new realms”.”Approaching Complexity” for Tangent is all about their evolution as progression that has been clearly defined constant in their output as a whole. Each work effortlessly transitioning unto its predecessor.” 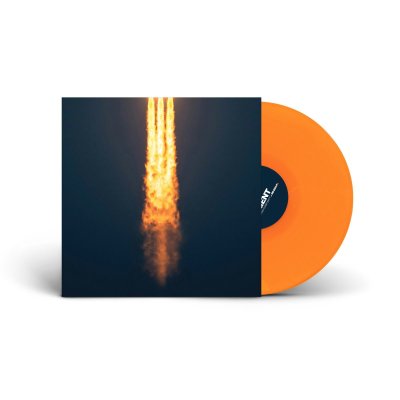 “Confinement” pulsing stormy air, swirling ambient tones and delicate piano lines fill out the almost wall of sound opening, nicely fusing together the sound styles before heading in a clipped beat direction. All the three main elements: ambience, piano and beats all have their own respective textures, tone and placement in the track and work in a complimentary fashion and don’t mask each other. Through a breakdown section of redefining the styles that is a combination of moody ambience meets IDM, the track once more is propelled forward. The noticeable thing about the track is that there is no particular domination of an instrument – each one shares the attention. The music moves in the pattern that ambient/ drone tends to do, in a twisting, turning, ebbing and flowing, while being underpinned by the clipped truncated beats and comes across as both minimal and maximal at similar times. The minimal referring to the understated sounds and the maximal to the fullness of sound.

“Equilibrium I” the first of the three tracks that are not on the vinyl release, but come as part of the digital download, “Equilibrium I” sees piano open the track, which goes through a section of reduction and subtraction all the while joined by an ever-present collection of electronics and drones. The heart of the piece is the piano with its slightly subdues, but melodic tone with its mantra-ish repetition. Drones begin to swell and embrace the piano and elevate it as their presence in the track changes. You get the feeling that you have been taken on a journey with most of the view being consistent,while being aware that there have been slight twists and turns along the way, slightly leading you off path.

“Awaken” industrial ish soundscapes and glacial dark drones open the piece which feels like you’ve traveled into a humid, stormy environment. Piano that sounds like its glassy in tone and cloaked, resulting in a subdued hue makes way for a more present sound when a building swell of sound announces its presence. Clipped and squelchy beats are joined by a more convention bass beat while the elements builds up in number to include speaking in tongue dialog and an increasing multi layered ambient soundscape. There is an overall feeling of music for a rainy day, where rain is running down the window and storm clouds circling. This is mainly felt by the ambience , but also by the shimmering piano tones and is emphasized with the final two minutes of the howling and rumbling storm.

“Approaching Complexity” piano keys that bounce,echo and loop nicely find themselves being sonically swallowed by roaring storms while fresh crisp beats give a nice juxtaposition to the murky storm sounds. The piano, which would be welcome in a modern classical piece, is the key to the track with its repeating motifs acting as an anchor to the track and bringing it back to focus. Halfway through the track though is when it reaches its most IDM inflections with the beats, which have a certain detritus feel about them, start to drive the track and also give it that more rhythmic variation. The thing you notice through listening is that Tangent like to fill up the sound of the tracks, from barely heard to more noticeable which gives the tracks a real depth of sound.

“Unfolding” feeling like it has come straight out of the end of the title track, the track sees this static wave sound as if the music is being affected by some sort of disintegration. The elements that have been heard in previous tracks are there, but the duo have a way of making something familiar, but also unique to each track. The track features the vocals of Duizel which have a whisper-ish quality. The piano that opens the track is possibly the highlight as when it returns it brings a nice organic feel to the track that has been dominated by distinctive broken beats and a heady ambience. There is a fragility throughout the track that can be ascribed to the beats, the piano and vocals.

“Saturation” layered piano/ keys, flickering noise, beats and an evolving sound leads through to a looping interlude before crashing through a section dominated by the sounds of technology fall and stumbling in the name of beats. Piano cascades across the beats in the most feverish pace heard so far, giving it a feeling of pure IDM. The duo prove their deftness in the way the construct their transitions and their use of ambience to either add a dimension to a track or to act as an interlude. On this track, the pace of it is central to its essence and Tangent manage to never push it to far, holding back a little restraint.

“Equilibrium II” like its predecessor opens with piano that has a certain amount reverb and shimmer emitting from the keys giving a ghostly ambient presence. This is the type of piano track that I don’t think I will get bored listening to. The pace, the tone and the surrounding ambience make for a relaxed meditative listening. Small scratches of sound flicker in from time to time as do occasional storm sounds as the mood ever so slightly turns dark. Visually you place the piano in an old wooden cottage over looking the sea on a cliff, with the swirling winds outside and the old cottage creaking  adding to the atmosphere. After the franticness of “Saturation” van Reijendam and Kok bring you back for a relaxing listen.

“Redundancy” sees subdued IDM inflections meeting piano and thick lush ambience return to the classic IDM fusion sound that encompasses these sounds and textures. The ambience is soaring with a dark underbelly, the piano controlled and lyrical, while the beats are nicely offkilter and obtuse. Low level percussive sounds, shrill synths and field recordings flesh out the sound and signal movements within the piece as it transitions through the styles. The track finishes in a similar fashion to “Awaken” with the final ten seconds featuring the piano motif that leads into ….”Equilibrium III”, the final part in the trilogy of sorts which has separated the tracks of the album nicely. This particular one has a moodier sounding soundscape to the others, with the pace more intense and the piano sharing the same tone as “II”. As the track progresses the piece becomes more ambient in nature with a slightly subdued feel to it. The track maintains the motifs throughout it, completing a consistency shown during the whole album.

The way the track list has been constructed allows the album to flow and to show of the variation contained over this almost hour of music. There is a mention of transitioning from basic forms to more complex structures which the duo demonstrate with how each track is built from singular elements. I alluded to the definition of Tangent at the start of the review and after listening to the album you can see where the sounds exist, but do not intersect. There is a nice clean separation of complimenting sounds which give the album space, clarity and a depth of sound important to realizing their compositions.