Anthéne is Toronto, Canada based artist Brad Deschamps who has been making Ambient music since 2011. He also records as part of the duo North Atlantic Drift with Mike Abercrombie. Brad runs the magnificent Polar Seas Recording label (which was inaugurated by a pair of North Atlantic Drift releases), and also has released material from artists such as Mikael Lind, David Newlyn, Robert Farrugua Celer and Andrew Tasselmyer to name a few. His 2019 output comes out through the fine Whitelabrecs and Home Normal labels and while having a shared essence, both albums are noticeably different.

“The title of the album was born out of his idea of recording in different ways to create narrow, saturated recordings as well as widescreen ambience yet trying to blend these works together as a cohesive whole. Guitar and effects pedals, synthesizers and field recordings are some of the elements that form the basis of this dynamic yet minimal range of compositions but a simple yet key ingredient can be heard in the warm and gentle tape hiss which underpins the record.“

One of the last works I covered was the Tomoyoshi Date + Stijn Hüwels release on Home Normal which was a fairly minimal release. “Asymmetry” is also a minimal release, but while the other album was minimal in tone, “Asymmetry” is minimal in the way that it constructs ambient pieces. With a track like “Degrade” Deschamps tightly restricts the elements that construct the piece, but by doing so tightens the focus of it and extends it’s reach. The use of building loops of sound are essential to its charm. The contrast happens in the very next piece “Expedition” which uses long, delicate drones that are lush and wispy and verge from present to barely there. There is a calmness that permeates the piece and results in it being an ideal piece for meditation.

The tones get slightly dirty in a blurred fashion with the suitably titled “Shadow Matter”. There is a languid pace to the track which accentuates the bleached colors of the drones and the emotional feel of them. The track shows how with subtle variations between pieces the feeling can be radically different. The sequel “Degrade II” sounds like it was found on a dictaphone cassette buried under meters of snow. The tape has been damaged giving it a distant facsimile of the original piece. It is paired with a suitably cold long linear drone that slowly increases its presence.

After the noisy territory of “Degrade II” its a pleasure to finish off with the light and floating “Lucky”. Sounding like an outtake from the Brian Eno session that brought us “An Ending (Ascent)”, Deschamps leaves the listener with an uplifting little gem that doesn’t over emphasize just how good it is, it just comes out naturally. There is a nice balance of shade and tone that flows well together.

With “Asymmetry” Deschamps revels in his restrictions. The album is available on limited CD-R and digital. 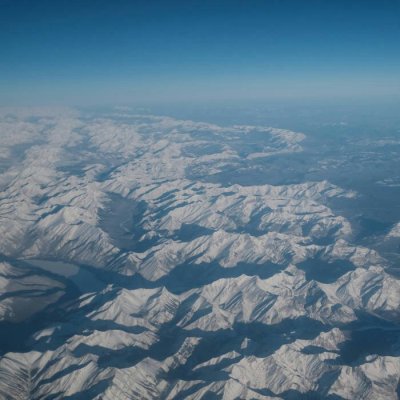 “Written before the birth of his baby daughter, “Weightless” was made as album for her to sleep to. With it’s slow burning melodies and calming dusty noise fragments, it is such a cathartic and organic work. The greatest of Ambient and Minimal Music often appears so simple in essence when it is anything but when you delve in, and in the aptly titled “Weightless” Anthéne has really made a very special work of heart here, with the lightest and most careful of touches.”

Becoming a parent changes peoples lives, you take the focus you had on yourself and little by little it is given to the child. Having appeared on the Whitelabrecs “Sleeplaboratory1.0” compilation which was inspired by label boss Harry Towel’s musical sleep routine and the birth of his first child, now with Deschamps becoming a father he set about recording an album for his daughter to sleep to. You can see that Deschamps has looked into the science behind sleep and infants and how white noise helps the process. While not venturing down into Merzbow territory, Deschamps mixes the light and lush with the slightly detritus filled and darker tones.

The second track “Silver Screen” sets the tone perfectly mixing lush, glacial ambience constructed with thick beds of Synths with a glassy melody like feels somewhat fractured as it rolls through the piece. Even if you’re not a child a piece like this is suitably soothing. With “Wake” we are taken into a wind soaked valley. The breeze is swirling and unpredictable, there is a chill in the air and self reflection is taking place. “Coat of Arms” nicely follows suit inhabiting a similar landscape but changes the tone. There is a different emotion with this piece – one which feels somewhat triumphant as if the creator is getting through something (or maybe this is an ode to the feeling that parents have when they get a decent amount of sleep for the first time?).

Deschamps mixes in denser rolling drone soundscapes in “Etc.” and the moody and almost proggy synth flirtations meets field recordings with “Hours”, but when “Wind Catcher” comes in I know am listening to something special, much like how captivating “Lucky” was on the above release. Deschamps makes it seem so effortless to create these pieces that feel unfixed and floating, while making sure there is just enough grit for it to not be too sweet. I am a sucker for this style of ambience and the alt country twanging guitar shows that its not all predictable by any means.

The album winds down with a retro-futurist synth piece called “Saphi” presumably the nickname of his daughter. There is a warm feel to the track, which given its synth basis could easily fall to the other side of the equation. It feels a bit more free form than the other pieces and ends the album on a different note. It feels a bit more a piece to convey swirling emotions rather than a sleep track.

Over the course of these two albums (plus “Surfacing” on the aforementioned compilation) it is clear that Anthéne has an extremely good understanding of ambience and ‘how a less is more’ approach can result in some stunning works. The pieces like “Expedition” , “Lucky” (both from “Asymmetry”) “Silver Screen”, and “Wind Catcher” (both from “Weightless”) are easy additions to a repeating playlist.

“Weightless” is available on limited CD and digital.