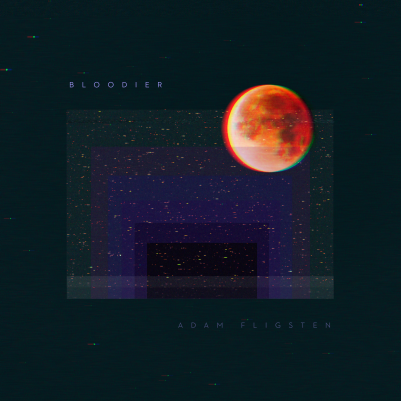 “Bloodier” is the forthcoming release from Adam Fligsten. Fligsten has been making electronic music for nearly 20 years. Originally coming from a world of sample based, electronic music, Adam made a transition to film and video game scoring in about 2009. Since then, he has been primarily focused on scoring video games. In 2018 he scored all of Outreach, in which he used entirely synthesizers from the Soviet Union, and part of Marvel v. Capcom: Infinite. He is currently working on other, unannounced scoring projects. His music has been described as Boards of Canada – esque, which is partially true as you can here that retro sun bleached feel that BOC inhabit, but it is due to experience in soundtracking film and video games that gives his music the point of difference. There is a mixture of retro meets cinematic music meets modern classical and spaghetti western influenced post rock.

I am happy to share the second single “Diagenesis” which is a balanced mix of retro synths and the Spaghetti Western style TNT era Tortoise guitar sounds. There is a certain ominous texture that inhabit the synths which is contrasted by the contemplative guitar and minimal percussion. It is quite a different beast to the first single “Tendrils” which was premiered at Treblezine.

The album “Bloodier” will be available on digital only on May 30. 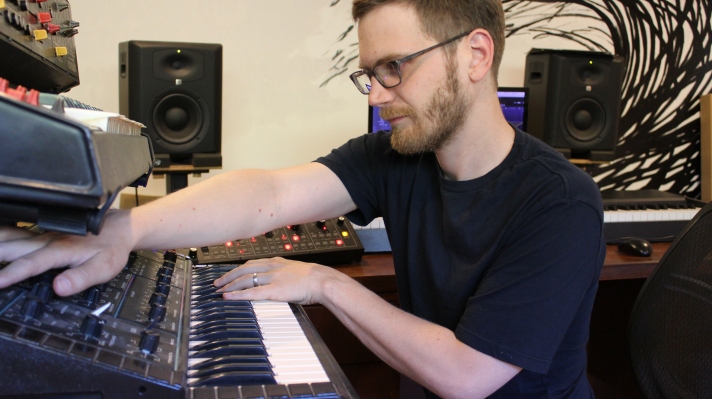