I have been discovering quite lately what a joy a promo from the Moderna label is. I have been aware of their existence from their beginnings purely by name, but not music. I kick myself for being so late to the party, but now that I am here I am very much immersing myself in each stunning release that comes my way. In some way their music represents where my own listening has been venturing. There is an overwhelming beauty to their releases, coupled with the blending of piano based and electronica based styles, that seems to wrap you up and almost nurture you with the intention and emotion that comes through the music. This is music to sit back, contemplate with and enjoy.

The most recent physical release from the label is an EP by Daigo Hanada. This is the first time I have heard Hanada’s works and I am impressed by his sense of control and letting the music come out naturally with space and time.

“Japanese composer and pianist Daigo Hanada returns with his new EP “Ouka” – seven imaginative and intimate piano pieces that pick up right where he left us in 2017 with his debut “Ichiru”. Hanada is an expert at pulling listeners into his world, inviting them to experience each whimsical melody and carefully placed harmony from what feels like only a few feet away.”

“Two Birds” has a raw and intimate recording style that presents an intimate sounding track. The track balances all the creaks and noise from the instrument with a mixture of flourishing keys and those notes that centre the piece and give it a constant rhythm of sorts. the flourishing keys are face paced and offer up bright colours of sound that cascades across the track, while darker keys (you can sense by now that I am not a pianist) offer up a juxtaposition. Whether these two styles represent the birds the track is named after or whether it is a case of covering different emotions brought up by the same event, well only Hanada can truly know the answer.

“Ouka” a dust swept sound coats the piano which for some reason feels like it’s slightly prepared with the strings offering a different tone than what I would be expecting. The track is a piece divided in two with the second half welcoming electronics and ambient in to create a swirling soundscape which coats Hanada’s introspective playing. It definitely adds to the piece and somewhat finds the track becoming a bit more uplifting in the second half, which despite the denser sound, it makes the track feel lighter and less moody.

“En” I am not sure of what else Hanada does with the music he makes, but a career in film scores would be an obvious foray if he hasn’t already ventured that way. A piece like “En” comes laced with an imaginary film that plays in your mind while listening to such a piece. A travelogue of sorts, a tale of lost or unrequited love, or things that weren’t said but should have been. Any of these sort of scenes would compliment the piece quite nicely. The track demonstrates what I was mentioning before in my introduction about space, time and breath. It’s the type of piece to lie back and let it wash over you, absorbing it’s storytelling qualities.

“Suiu” the tone of piano borders on the sharp side which to me indicates a strong emotion, almost like emotion spilling out or a cry. Hanada’s piano welcomes such additional piano pieces that have spectral qualities and possibly a double bass which with it’s drone like vibrational notes add to the emotive quality of the track.

“Rin” maybe it’s the tone of the piece, but I feel that I am transported to a time long ago where everything has a sepia glow. The track feels like memory and it’s fading fragments are what this piece is about. At the halfway point the tone of the piano becomes a little more insistent and we are brought out from that memory to more present times. Another part of the tone is a confidence and assurance that you feel. There is not that much difference between the opening movement and the second movement, but the feeling you experience is different.

“Follow Me To The Moon” the cinematic film scorer comes out once more with this piece. A rather laid back affair that is not heavy on the emotion, it fits in perfectly with what I mentioned earlier about the label and my personal tastes. The feeling I get from a piece such as this is a pianist sitting at his instrument and letting the joy just flow down his arms through his fingers and onto the keys. It is a pure three minutes worth of happiness.

“Under The Starry Sky” Hanada brings his EP to a close with the rather minimal beginning of this track which is then swept up with a swirling delightful ambience that threatens to overpower the track. The way Hanada uses this other element is subtle in the way that it creeps up on you. In some ways it does draw you attention aware somewhat from the piano, but for the most part it compliments the piano nicely and keeps in with theme of the title. It nicely ends the track alongside some natural background sounds of Hanada’s studio further re-enforcing the organic quality of the music.

“Ouka” continues the great releases that have formed Moderna’s 2019 release schedule and will be a worthy addition to any of those who have picked up Hanada’s or the labels previous releases. “Ouka” is available on CD and Digital. 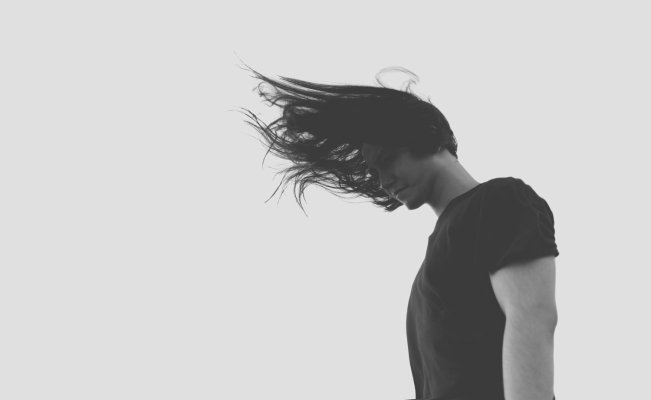 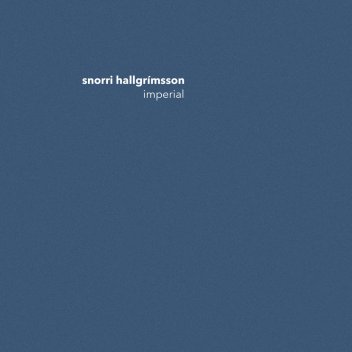 Snorri Hallgrímsson is a multi instrumentalist and film composer from Iceland who has been a long time collaborator of Ólafur Arnalds woring with him on such projects as the  “Broadchurch” soundtrack, “Island Songs” and “The Chopin Project”. He has also worked on award winning short films, documentaries and has released the “Orbit” album and the two “Homeless” singles via Moderna. Released on July 5 “Imperial” is described as an instrumental B-side from “Orbit” as it was intended to be on the album, but was deemed to have a different vibe to the rest of the album and left off it.

The label has described it as “It’s intimate pianos, lush strings and heavy beats; it’s Canadian fall and Icelandic melancholy”. Now, I am a bit of a sucker for music that emerges from silence which this piece does. Initially, because of it’s feel I am transported to a late night environment where no one else is around with just an overhead light for company. There is a quiet that ushers in any possibilities. In this case it’s washes of ambience, soft padded beats and swooning strings that change the complexion of the piano. No longer do I feel alone, although I am comforted by a bunch of memories, this is still music for late night and solo situations. The strength of the piece is that way it takes you on an emotional journey that is quite effortless. It shows the ease at which Hallgrímsson can infuse the music with different textures and sounds, and how natural it feels. The piano nicely has a Modern Classical sound with a slight Jazz feel while the strings, beats and ambience are nicely controlled, not letting the piece be taken over with too much pent up emotion.

“Imperial” would a first choice track for most artists and the fact that this missed the cut for “Orbit” means I have to add Hallgrímsson’s name to my ever growing list of artists to keep an ear out for. 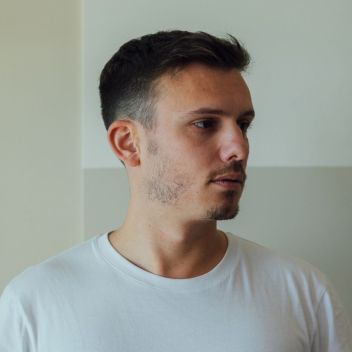 At the end of September, the 27th to be precise, Moderna will release the third album from Ed Carlsen “Morning Hour”. Carlsen, the Italian born and Copenhagan based who has also released on the Thesis label, is an artist I have been familiar through name alone. Thankfully this has been rectified with the dropping (today) of his first single from the album “Words”.

“Ed’s intentional background has no doubt informed his musical output. “Words” is a good indicator of the new album as it is less piano focused compared to his previous material, and more on the guitar – his main instrument his whole life. It’s more upbeat, more textured with organic and electronic elements. The track references a time in his struggle against anxiety, and the comforting words that he received from a friend.”

The track nicely fuses two of Carlsen’s chosen instruments in the piano and guitar, coupled with a healthy dose of electronics and beats to create a track that has influences coming in from Ambient Guitar, Modern Classical and Downtempo Electronica. As the press quote above alludes to, the track is about the comfort recieved from simple words from a friend. This is shown musically with a bright sounding piece with emotional depth. It is not light and airy, but there is a mix of both introspection and joy that comes across. The beats are suitably minimal, gently pushing the music forward, but it’s the layers of guitar parts that are the core of the track which keep elevating the piece, while subtle piano motif’s add an almost bassline like feel.

If you were to frame the music in the style of the conversation between Carlsen and his friend the the introduction would be the initial moment the ‘words’ begin to flow and as the guitar parts start to take effect it is when those words are starting to gain traction. By the time the midpoint of the track occurs, the conversation has taken great meaning and the way that the piece then consistently elevates is a combination of both the meaning gleaned from those words and the appreciation that someone close to you has taken the time to sit down and talk, especially in anxious times.  There are no peaks or troughs that you would associate with anxiety which would suggest that these words came at a time post-anxiety where they were easily accepted. “Words” nicely teases the listener and sets up the expectation for “Morning Hour” nicely.