You could make a big claim for the fact that the Fat Cat label has had an enormous part to play in the growth and development of the modern classical scene. Along with their sub label 130701, releases from artists such as Max Richter, Jóhan Jóhannsson, Hauschka, Dustin O’Halloran and not to forget the likes of Sigur Rós, Múm and Set Fire To Flames, have certainly made a mark on contemporary music. Their current Modern Classical roster includes the likes of Ian William Craig, Dmitry Evgrafov and the subject of this review, Emilie Levienaise-Farrouch. 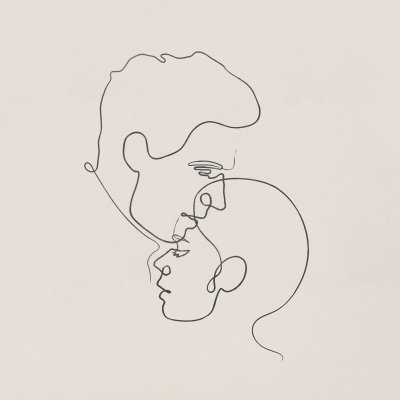 Emilie Levienaise-Farrouch is a London – based French pianist with two albums on 130701 who like her contemporaries has ventured into the film score world with the recently released movie “Only You” which these four brief pieces come from. Described by Exclaim! as “quickly establishing herself as an important new voice in contemporary music… Her exacting style produces a fully formed, gorgeously crafted result.” Levienaise-Farrouch alongside Christina McMaster on piano (on “Separation”) and Gregor Riddell on cello (on “Where We Are”, “Sorry I Missed Your Call” and “End Scene”) offers four emotive pieces.

“Brief as it may be, the ‘Only You EP’ is a wonderfully intimate, tender and evocative compliment to the film. Her first score for a widely distributed film, it highlights Emilie’s delicacy and purity of touch as a composer and points towards a bright future working in the medium, following the footsteps of fellow 130701 label alumni like Max Richter, Dustin O’Halloran, Hauschka and Jóhann Jóhannsson.”

The quality that I have noticed with composers writing for film is that unlike those writing music that can be considered cinematic in style, those writing music to accompany scenes have a tendency in a way that is to not overstate or overplay within their pieces. Rather than trying to conjure up imagery through musical notes, their job is instead to support the visual storytelling and to accentuate the emotional heft of the material. In this case with a movie about love and centred on two characters who are going the trials of trying to conceive, the music of these pieces are often centered on two instruments – Cello and Piano. 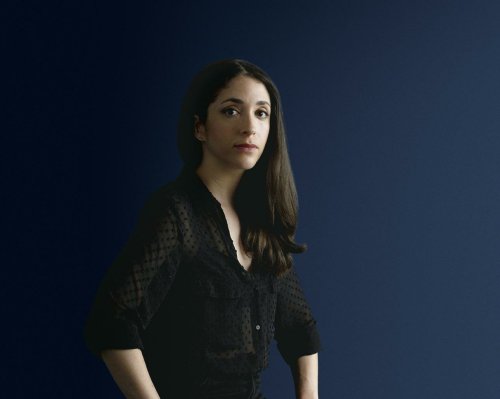 “Separation” opens the EP nicely with the piano playing of Christina McMaster and the combination of her playing and Levienaise-Farrouch’s composition offer up a pensive mood which is accentuated by the delicate timbres of the piano and it’s flowing nature. McMaster offers up a style which moves through emotional territory, from the opening which is has a feeling that is felt in the pit of your stomach which then moves through a section where some light comes in and contemplation removes the uneasy feeling. As the piece moves forwards a confidence mixed with feeling that there is always something in the back of the mind is felt. McMaster fluidly moves through the piece before the finale which is heart-breakingly minimal with tones that feel that they are about to shatter.

“Where We Are” reminds me of works from the likes of Julia Kent or Aaron Martin where the cello is expanded upon and how the textural components of the instrument are explored. Combining long bows with staccato sounds and effects processing, the piece  (and Gregor Ridell’s playing) offers up an organic and rhythmic take and it’s this earthiness which explores moodier territories. Where the music is actually used in the film remains a mystery to me, but I would hazard a guess that it involves a separation of the two characters and the two styles of cello that is employed could reference what  emotional journey each character is going through at the time.

“Sorry I Missed Your Call” a similar cello piece as before opens this track which actually flows nicely from “Where We Are”. The staccato cello is slightly more insistent and also more layered this time around, while the long bowing one a bit more emotionally wrought. The pace of both instruments has picked up and while the previous track had a more vignette feel (or maybe used as incidental piece in the film), this one is more narrative driven. If I were to further the emotional comparison and make an assumption on the story line based on the title of the piece, then the bowing cello could be the emotion of the person who is not contactable and going through mixed emotions, while the layered and delayed cello is the frustrations of the person trying to communicate.

“End Scene” the closing piece of the EP and indeed the movie finds Levienaise-Farrouch front and centre on the piano with Riddel’s cello which is more manipulated than previous pieces. For the most part the piece centre’s on the piano with the mood changing throughout the piece. With the piece being “End Scene” I  can only imagine that it is a culmination of all the emotion, narrative and feeling from throughout the film and a sense of bringing it altogether. After all the end scenes of movies usually encompass what has happened throughout the film and give direction to where things could be heading. The piano has a strong confidence and hope that comes through in it’s tone even when there are sections of introspection, they are not ones where the listener feels that the mood is downcast. Rather the feeling is that experiences have happened and that the end result is emotional growth.

This is my first encounter with Levienaise-Farrouch’s music and I am impressed how the four pieces are tied together without being repetitive. I have not got the comparison of her previous album releases to this score to see how different her processes are or indeed her music is, but I look to hear more in the future and see where she spend will her time – the recording studio or scoring to film. “Only You” was released cinematically on July 12 while the EP is released digitally on July 26th via 130701 and can be purchased here.