A bloggers best friend is the short release, be it in length or number of tracks. It can be daunting to get through a batch of solo piano albums all a dozen or so tracks and come up with words that are not so repetitive. The following acts have released singles either as stand alone releases or in the cases of 12 Ensemble and ANASIA a precursor to an album and for that it offers a refreshing take to focus on just one track. 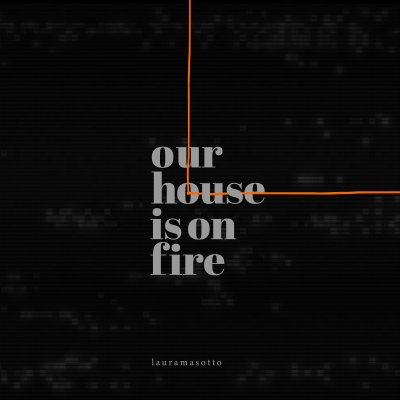 Laura Masotto is an Italian violinist and composer who is signed to the Lady Blunt label and released her “Fireflies” album through the label back in April this year. She describes her composition style as being “conceived by creating sound overlaps with the aid of a looper, which forms harmonies that accompany the melody of the main violin.”  “Our House Is On Fire” is inspired by Greta Thunberg and the recent Existence Extinction moment that has coalesced around climate change. The method of the piece is to have duelling forces of violin and electronics (which are distorted violin pieces) to mimic the dualities of light and dark, good an bad, or in the case of the current environment, the hope of the movement during such critical times.

This is my first interaction with the music of Masotto so I can’t compare to her previous work as I feel judging from the statements that this is a singular piece that is devoted to a theme, rather tan a continuation of her other pieces. One thing that stands out for me is that it feels like it belongs to an avant garde opera or ballet work. For some reason, and I only has the tiniest knowledge of the music, but it reminds me of Philip Glass and Robert Wilson’s “Einstein on the Beach”. This is not your typical Modern Classical piece as it has a strong visual component that is felt through the music with Masotto using her violin to paint a picture. The tones that are created are in part feverish, nervous, hope filled and also accompanied with a sense of dread and urgency as the piece moves through moods that culminate in an intense ending that highlights just what inspires the piece. In a world where Modern Classical has become known for a certain style or feel it is refreshing to hear a return to a time where it was a bit more experimental and has a meaning, rather than just be about beauty.

“An urgency, an intimate explosion. The new single by Laura Masotto was inspired by the recent climatic situation giving voice to one of the most direct, essential truths: Our House is on Fire. The electronic sounds, which are direct effects of the distorted violin, surround the sororities of the instrument, they merge, as an opposite output deriving from the same source. An overwhelming duality that touches the human being in his intimate essence.
The track evolves trough two opposing forces that seem to fight: the violin grows, explodes, as in a form of resistance, and it contrasts the electronic dissonances, arising from the instrument itself: it is a vertical ascent, which follows the delicate sense of balance that is formed between all things, in harmony.“ 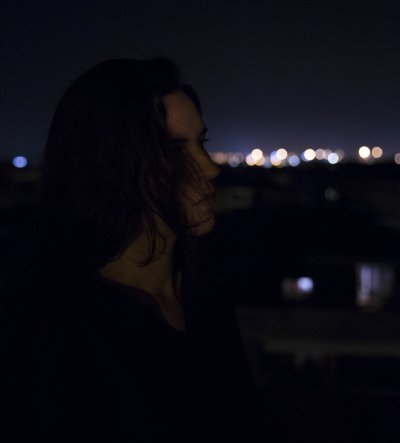 “Our House Is On Fire” is available digitally  from November 29 here. 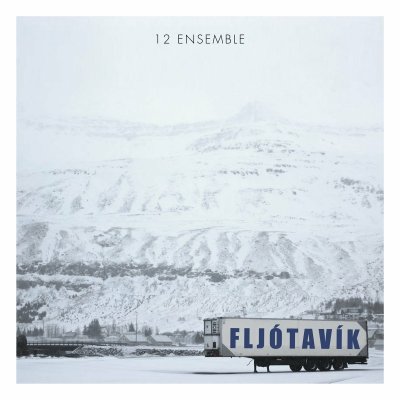 Ahead of their “Death And The Maiden” cd that is released on January 31, 2020, The 12 Ensemble will release their version of the Sigur Rós track ‘Fljótavík’ on November 29. The album also features pieces by Schubert and Tavener as well as originals by Oliver Leith.

“Back in 2016, the ensemble was lucky enough to visit Iceland for an artistic residency in the remote eastern fjord town of Seyoisfjorour. Both the sheer natural beauty and elemental power of our surroundings, coupled with the openness and generosity of the people we met, had a deep and lasting effect on us. In memory of our time there, the ensemble came up with this string arrangement of the song ‘Fljótavík” by Icelandic band Sigur Rós. We’ve performed it ever since and audiences always come up and tell us how moving they find it, so we’ve decided to commit it to record. Aside from being a beautiful piece of music that lends itself perfectly to string playing, the original lyrics to the song really resonated with our own experiences of being in Iceland.”

It is hard to think of an act taking on a Sigur Rós track as the original material from this Icelandic band seem so perfectly formed. This brave decision is vindicated by the 12 ensemble and their re-imagining of the piece. The original, a vocal driven one has the typical lushness of Sigur Rós’ music with a definite ambient swell woven into it’s fabric. The 12 ensembles take changes the feel of the piece largely because of the string driven nature.

The piece becomes more austere and internalised as the ensemble remove the widescreen feel of the piece and move in more minimal soundscapes with an emphasis on space, pacing and volume. By doing so it amplifies the emotion of the piece as the strings are split onto two main factions. There are the more melancholic sounds that usher in each “movement” and the more soaring hope filled ones which lead you closer to the light and warm the soul. If you are going to choose a contemporary band or piece to work with then the choice of Sigur Rós is a guaranteed success, such is the way that the material works so well in this cinematic Modern Classical style. This is the first time I have had a chance to hear the works of the 12 ensemble and it makes me make a mental note to check out more of their work in the future. 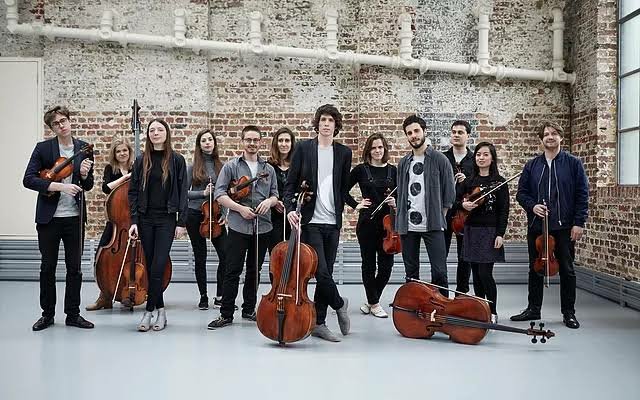 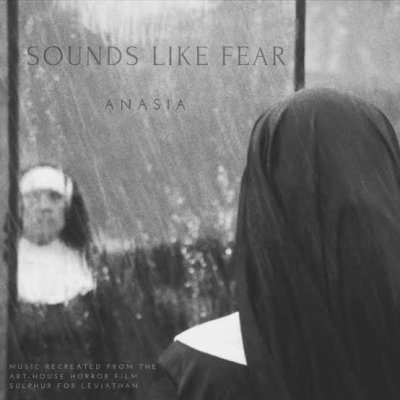 Leanna Primiani is  a classically trained composer and conductor best known for her innovative orchestral and chamber works for the concert stage. Performing under the moniker, ANASIA, she expands her range even further by fusing orchestral, dark ambient, post-minimal and electronic elements. The piece “Sounds like FEAR” was part of the Art house horror film “Sulphur For Leviathan” (directed by James Quinn) and has been includes on her forthcoming Digital ep “Blurred” naturally released on Friday the 13th of December. The Ep sees Primiani take the musical motifs used in the film and using the variations on a theme approach sees her reworking her source material into building blocks which are then juxtaposed and treated.

“When not working under the moniker ANASIA, I compose for film, TV and the concert stage. Most recently I scored the remake of one of my favourite movies of all time, The Bad Seed, directed by and starring Rob Lowe. My music has also been performed by The Nashville Symphony, Seattle Collaborative Orchestra, The aspen Music Festival, and has been conducted by such orchestras as The National Symphony, Dallas Opera Orchestra, California Opera among many others.”

Naturally within the horror film setting the music is of a fusion of electronic elements meets dark ambient. Glacial in pace with a  minimal sound palette, being a soundtrack piece it’s more about creating a mood rather than moving through movements. Primiani unleashes sheets of cold sounds that flow like a fog, creating a cavernous sound. Although minimal in nature the sound changes just enough for the listener to be unsure of what is going on and which direction you are going to. The emphasis is building a sense of unease without venturing into too many peaks and troughs resulting in a piece that is not easily predictable. If minimal dark ambient and almost witch house is your thing then this piece and the EP it comes from might be up your alley. 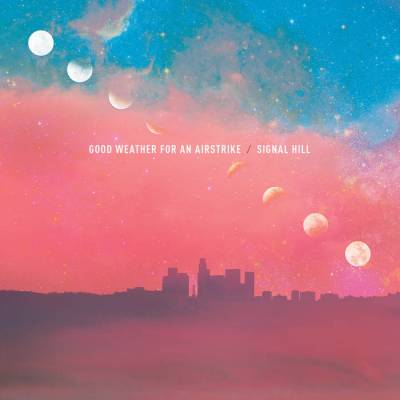 “Instrumental post rock group Signal Hill and Ambient/Post rock artist Good Weather For an Airstrike have teamed up for a split 7” on Illinois-based Sun Sea Sky Productions. Limited to 250 copies, this release includes a new exclusive song from each artist. Signal Hill continues their intercontinental process of writing. For their side of the release, “Blessed Land”, was written and recorded separately in 3 cities across 2 countries. This release comes fresh off the remastered version of their debut album More after We’re Gone on its 10th anniversary, and the band’s first new music in 3 years since 2016’s Alturas. Reminiscent of the bands’ earlier guitar focused songs, this new music encompasses a variety of sonic ranges while keeping melodic sensibilities at the forefront.

Following up the band’s masterful Little Steps full-length LP and recent Zones EP, for their side of the release, Good Weather For An Airstrike provides a slight departure from their subtle ambient sounds and create a swirling and swelling epic post rock tune.”

More Post Rock inspired goodness from the Sun Sea Sky Productions label who have celebrated twenty years of existence this year. Favourites at Drifting HQ Good Weather For An Airstrike and are joined by Signal Hill on a limited and desirable split 7″. Why GWFAA has not been snapped up by a bigger label beggars belief. The output that Tom Honey (and his collaborators) has released over the past decade is second to none with works coming out on labels such as Hibernate, Sound In Silence and his own Hawk Moon labels. “Moura” is no exception to his back catalogue and sees him return to more Post Rock orientated sounds with a decent ambient feel. Shimmering and slightly blurry guitars meets bass and drums to create a perfect fusion of the two styles. If you’ve not come across Honey’s music then this piece is the best to start with as it shows his balance of instrumentation, mixing gentleness with soaring epic MONO like guitar swells. The GWFAA oeuvre is one that enriches the soul as the music is never boring or straight forward, you are always taken on some form of a journey with a musical imagination that is always rewarding.

Signal Hill are new to me and this international band (with members spread out the globe) have more of a classical guitar driven post rock sound that ventures ever so slightly into slow core sounds. Tremelo and ringing guitars are the hallmarks for the piece which builds upon itself as it moves along. Post Rock staples like Explosions In The Sky, Codiene and maybe even looking back into the Sun Sea Sky back catalogue, Braving The Sea Bed come to mind. Cinematic in nature with a narrative driven feel that builds on the movements that have come before, the piece sees why the band have been used for visual promotions. You can clearly hear how being together for fifteen years has resulted in a band that is in tune with each other as each instrument and sound is locked in together with the same goal in mind.

“Moura”/ “Blessed Land” is released as a split 7″ / Digital on December 10 and is recommended.