“Ea” is the group’s third album, after releasing the acclaimed self-titled double debut and the second album “Skeylja” in respectively 2012 and 2014 on Denovali Records. “Ea” was recorded over three nights in a small church in the Netherlands. As usual the group invited other musicians to join, as they did on the first two albums and also during their live concerts. On “Ea” the group is expanded with the Polish violist Olga Wojciechowska and Portuguese cellist Joana Guerra.

Just like on previous recordings The Alvaret Ensemble began to play without scores or discussion.” 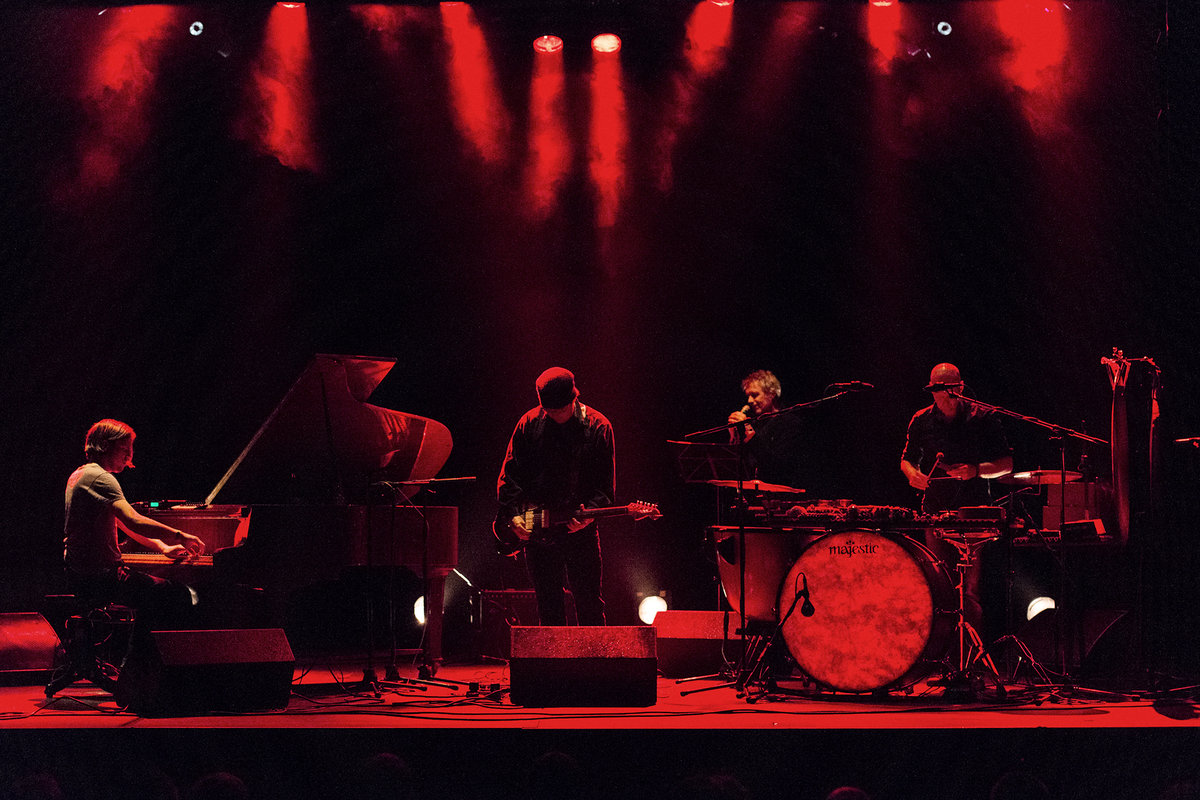 The first release on the newly minted Laaps label, which follows on from the recently retired Eilean Rec label, is the third album from The Alvaret Ensemble. Previously released through the Denovali label this particular album has had a long and, at times troubled gestation, with their last album “Skeylja” coming out in 2014. One of the hallmarks of the ensemble other than collaborating with like minded artists is their use of silence and space in their pieces. Being an improv based collective there is a fair amount of experimentation , but rather than it be a collection of sounds it is clear that over the eight years that quartet has been releasing music that they have developed a musical language with each other. The Kleeftra brothers are well known within such improv circles and have worked with Machinefabriek and Gareth Davis as well as a trio with Pruiksma, While Haines has collaborated with the likes of Nils Frahm, Peter Broderick and again, Machinefabrik.

The music of the album defies categorisation, instead of being slapped with a descriptive genre it feels like a soundtrack to a silent movie or dance piece come play. Part of removal of categorisation should be due to not understanding what it is that Jan Kleefstra is saying. I would hazard a guess more meaning could possibly ascertained if you speak the same language. But what the lack of translation makes up for (there is a lyric sheet that comes with the album,  which I think comes with an English version) you get a sense of oration from Kleefstra as if his words provide cues for the musicians. His voice remains the same throughout the album which offers a feel of a narrator. There first album was described as being “tender, quiet and restrained; an introspective album, which stark beauty was perfect for winter, when colour has been leeched from the landscape and all has been laid bare.” It would appear with the album art and title’s that allude to winter like “Modder” (aka Mud) and “Wiete Wylgen” (aka Wet Willows). The music has a cold feeling, which is not a bad thing. Comparisons have been made to Talk Talk in regards to the spaciousness of the music and while not sounding anything like that band, they share the quality of at times isolating a particular sound or instrument which emphasises both the instrument in question and the absence of others. There are moments within the album like the opening stanza of “In Leave Rein” which gives you an idea of how the Ensemble would sound in a more composed situation, which if I am being honest, is a little tempting.

The noticeable quality of the music, other than it’s sparseness is the sound itself. The components of piano, strings, percussion and guitars are never muddied together which assists in the clarity of the individual and combined instruments. Credit for this must go to the recording of Jan Switters, the editing and mixing by Greg Haines and the mastering of Taylor Deupree. An album like this is not going to be for everyone, it is not delivered to you on a plate. You have to pay attention, do some deep listening and be open to the largely non linear feel. But if music that is about pushing out the envelope, searching and exploring and the artists are familiar to you, then this album may be right for you.

“ea” is available on Double LP, Cd and Digital.