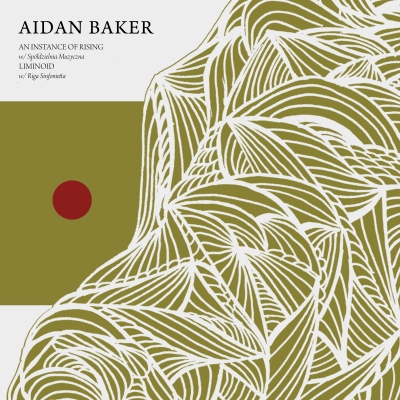 Aidan Baker is a Berlin based Canadian experimentalist with a wide reaching discography, most notably including the duo Nadja that he shares with his wife Leah Buckareff. With his latest release he returns to one of regular homes, Gizeh Records with whom he has been involved with since 2013’s “Already Drowning”. The style of the music on this album should not totally surprise due to his classically trained background, but the opening track “An Instance Of Rising” is one side of his I have not heard before. Indeed both pieces sound different which is probably more to do with the instrumentation, rather than the compositions themselves. Both pieces were composed by Baker, but played by Orchestras in Poland and Latvia.

The first piece “An Instance of Rising” was performed by Spółdzielnia Muzyczna. The story behind the recording is that Krzysztof Pietraszewski, a curator behind the Sacrum Profanum festival invited several avant-garde musicians working within the rock field  to bring their aesthetic into a classical setting.“An Instance of Rising” is a fully notated composition for flute, clarinets, saxophone, vibraphones, electric guitar, piano, and string quartet, using something of a serialist methodology to create a rising and falling tone piece or sonic landscape.

For some reason maybe it’s the rhythms or the instrumentation, I get feelings of old, maybe even Renaissance music. The music feels quite percussive with drums being present. I suspect the choices in instrumentation, in particular ones such as the flute, clarinet and vibraphones leading me to feel this way. As a person with zero musical training or knowledge of the craft I try to approach the pieces by the way that they feel to me, which is possibly the opposite to what the composer intends. By that approach I listen to it to try to work out the intent. The piece feels like its moving through different movements within a larger picture, hence feeling narrative driven. Just what this narrative is I am not sure. But what I am sure of is this is the kind of piece to both remove you of your current situation and take you somewhere else. I feel the nature of the composition and the way that it sounds quite different what I typically listen to makes it quite attractive. 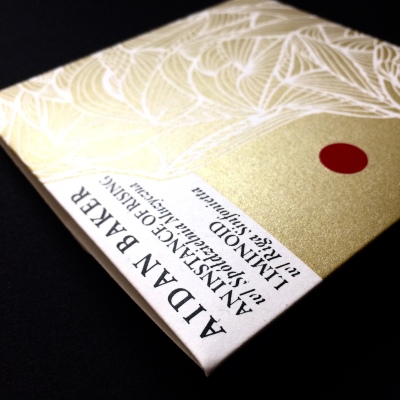 The second piece “Liminoid” has origins back to the 2010 release “Liminoid / Lifeforms” on the Alien8 label which was originally premiered two years before at the The Music Gallery in Toronto while playing a show with Tim Hecker and Pram. Once more a curator, this time Miks Magone the curator of Zemlika Festival invited Baker in 2011 to Latvia to perform the piece with members of the Riga Sinfonietta and a rock band of local Latvian musicians assembled for the performance, The Burning Kulba. “The piece, lyrically based around a Coptic solar incantation, partially noted with a graphic score but allowing for improvisation, was intended to combine neo-classical with post-rock elements, using the elongation of sound and layered polyphony in an attempt to create a liminal or numinous state.” This piece naturally has a darker edge than it’s predecessor with the main instruments sounding like guitars and string instruments like Violin and Cello as well as percussion. The music builds into a crescendo and has Mono / GSY!BE sounds all over it.

Around the seven minute mark is when the piece radically changes. Multiple percussion as well as string instruments in flight, the music moves away from Post Rock/ Post Metal to what sounds like medieval folk music. This movement or interlude lasts for around four minutes before we return to a more contemporary structure in the Modern Classical meets post rock meets Post Metal before an ambient diversion leads us into Prog like territories and then ending up in classical drones meets electronic abstractions. One thing can definitely be said about this piece is that you could not predict the twists and turns that it takes over it’s near twenty five minute existence. The original release consisted of four parts with a total time of just under thirty eight minutes, so there is the possibility that either this piece is a truncated version or there has been parts remove entirely.

Of the two pieces I would lean towards “An Instance Of Rising” purely because of the consistent nature of the piece. With “Liminoid” I lean towards more the “Post” and Droning sections rather than the Medieval and Prog moments. “Am Instance Of Rising / Liminoid” is available on CD (limited to 300 copies) and Digital through Gizeh Records. 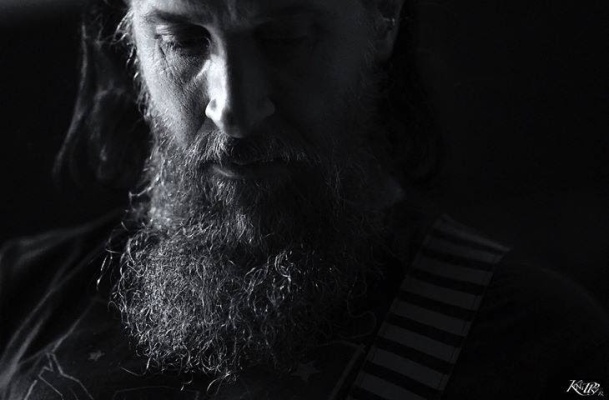