“This album was recorded during the autumn-days of 2017 when the outlines of all things dissolved. So did the sounds here somehow.”

Alexander Holtz records under the name Oberlin and has had a handful of releases on the Thirsty Leaves label. “Grey Mornings Hazy Pictures” is the English translation of the title for the second most recent Oberlin release (his “Bodman” release came out on Hibernate in April). If there was a title that reflected the music, then it is this one. Released on the German label Cosmic Winnetou, “Grauer Morgen Ungewisse Bilder” is a four track release of ultra minimal drone pieces. There is a stillness which is hinted at in the releases title. The beauty about the pieces is their minimal charm and the small range of dynamics. The pieces could be easily corrupted into noisier, dissonant pieces, but instead Holtz makes them quiet, calming and intriguing at the same time. It is almost like they are the soundtrack to a calm dawn when there is nothing around to shatter the peace. The end result is four pieces that are perfect for the sort of self reflection and meditative listen without the woo woo factor that style of music tends to embrace. 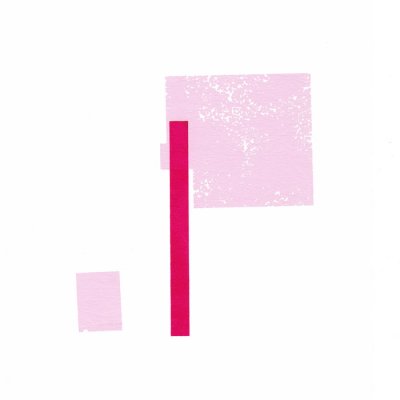 “During Spring 2017 we were touring together in Japan and had the chance to visit the old city of Kanazawa. After the concert we had a free day. We wanted to make recording sessions together but, at the same time to walk around Kanazawa, which has a famous castle and beautiful gardens. So, we decided to do both things at the same time. We took small battery-powered keyboards, tiny instruments and a recorder to go out. We made field recordings alongside castles, gardens and ponds, a soba house, sometimes playing while walking the city. All of these tracks are live recordings of that day in the open.”

There seems to be a phenomenon of artists touring Japan and being inspired to record or collaborate with local artists while there. Releases on labels like 12k and Flau have demonstrated this. This time ’round it’s the Ghent based Dauw label who gets in on the act with this release from two Japanese artists – Asuna and Tomoyoshi Date and the Argentina based Federico Durand. Relationships have previously existed with Durand and Date recording as Melodía while Asuna has a history of collaborating with a variety of artists such as Chihei Hatakeyama and Opitope.

There is no surprise to the style this music takes when you take in each artists musical history and background. The music is naturally of the minimalist meets field recording variety with a strong dose of whimsical melody. You get the impression that the three artists are interested in transforming real activities into dream like ones. There is an abstract for Ambience at work which the artists are known for, where the pieces become more like sound art pieces than musical ones. There are snatches of bird song, conversations, melodic frequencies and personal touches. With titles like “Lunch before farewell at the soba house” and “Down through the tunnel to the river” there is a strong feeling of the pieces being personal and also documentary. If you are looking for more traditional forms of Ambient music this will not be the releases for you. However, if your interest lies more in the esoteric side of music, then this may be perfect for you.

“In The Open” was released on limited lathe LP (sold out), Cassette and Digital. 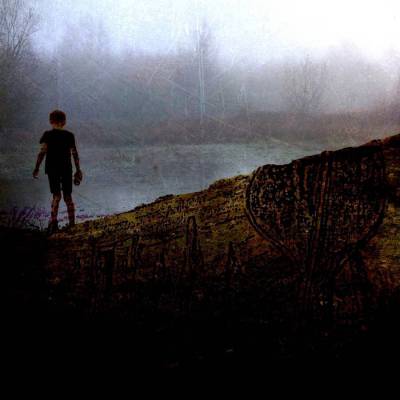 “Ben McElroy is a UK based ambient/drone/folk music maker living in Nottingham, U.K. Ben’s sound is typically based around acoustic instruments such as guitar, strings and voice with a little additional computer based processing and his work is influenced by artists as diverse as Pauline Oliveros, Sharron Kraus and Ralph Vaughn Williams.”

His work has come out labels such as Whitelabrecs, Unknown Tone and Eilean Rec and this release, “Soon This May All Be Sea” being one of his self released works. With the exception of the ten minute opening piece “All The Things That Once Were”, the pieces exist for between just over two minutes in length to just under six. The last release of his I was familiar with was the “The Word Cricket Made Her Happy” which from memory was quite folk based. On this particular album the Folk element is still there, but it feels like it is part of the big picture, compared to it’s entire focus. The first noticeable feature of the music is just how well it sounds. There are no credits listed, so I will assume that the mastering, etc… was done by McElroy himself. This is probably first noticed on the second piece “Fading Rhymes And Fast Light” which has a rich variance in sound in depth, moving in between parts that sound completely submerged the the folk – micro-glitch-tronica section which is very much vibrant.

You get the sense than Folk styles and traditions are strong parts of McElroy’s musical makeup and pieces like “This Pond Life” let him explore this with reminding the listener of early Message To Bears, while the (almost) title track “Soon This Will All Be Sea” allows him to explore a variety of influences to create a piece that is as much exploratory as it Ambient or Modern Classical or Folk. The fact that McElroy explores more teritory means that for my personal tastes I have embraced his work more than I did before with his Eilean Rec release.

“Soon This May All Be Sea” is available Digitally.

“Petr Mazoch is an author of instrumental music using a piano as the main element, which he often combines with acoustic loops. He creates and lives in Prague and his work reflects the European tendencies of electro-acoustic ambient music, together with songwriting influences. His delicately produced songs are deeply introspective, reflecting memories and ordinary life difficulties.”

Recorded at home in Prague “Gray Scales” is the kind of album I was initially sort of dreading to listen to. I have heard my fair share of (largely) solo piano releases that it can kind of be underwhelming to hear another. But then I listened to the release and my mind was changed. The nine pieces on this release have a mixture of emotions generated by them. The pieces have an intimacy, a vulnerability, a coldness and they feel very much as they are part of a story (or collection of stories) being told. There is a nakedness to the recordings of the pieces which heightens the impact the pieces themselves have. A piece like “Heron” with it’s raw, naked approach enhances the emotions present with in it and it illustrates Mazoch’s subtlety in crafting his pieces. Rather than be too over the top and obvious he shows a restraint and balance in the sound levels of both piano and ambience. On “Sky Fragments” Mazoch plays with sound to give a broken down tape recording feel to the piece which adds to it’s nostalgic bent. The album finishes like it started with a collaboration with violinist Anna Štěpánová and the positive, almost joyful piece “Morning” ends the album nicely.

If you are interested in piano based pieces with a personable feel but have been finding yourself somewhat underwhelmed,  then “Gray Scales” could be the relief you have been looking for. “Gray Scales” is available as a print (with Download Code) or Digital by itself.

“Amsterdam-based duo Wanderwelle presents their fourth full-length album titled A State Of Decrepitude. Inspired by the many aspects of impermanence and facets of decay, the duo composed their most intrinsic and detailed production yet. To find the right sounds for this expansive topic, a vast array of field recordings were collected. Wanderwelle recorded disintegrated echoes in churches, broken machines at abandoned industrial spaces and the eroding forces of waves and winds. Furthermore, archival recordings were used to revive episodes of ruin from bygone eras that fell victim to the ravages of time. Finally, the duo recorded several pianos and a church organ as -in their philosophy- these instruments symbolise the crumbling of religious institutes and socio-economic structures.

A State of Decrepitude is a soundtrack to humanity that once was. But, what can seem like closing credits to our world today, can in fact help shine a light on the fragile beauty we find in the everyday.”

I have admit finding my entry point to this release a little difficult. I am not familiar with the duo’s previous work, but the pieces on here feel as if there is an electronic background to the musicians that indicates a different approach to Ambient music. The piece that was my entry point was “The Becoming” which is a hypnotic, piano stabbed , dark piece of moody and nearly noise orientated piece of Ambience. The thing I have noticed when looking at their works is that each has a specific theme or story that the duo look to tell. In this case the title is backed up with the music which is dark, punctuated by noises, synth heavy drones, left of centre sounds and a heavy, slow vibe. At times it feels like a soundtrack such as the piece “Irrational Demons” which features dialogue which sounds like it is sourced from am old psychological interview. The album is the kind of work that grows on you. Initial listens may not reveal it’s charms which could be entirely about setting yourself up to absorb it. Expectations, some of which are probably cliched need to be set aside for you to fully take it in. Once you set aside any pre-concieved ideas, it tends to some form of sense and the subtleties of piano, synth, drones and other sounds start sinking in.

‘A State of Decrepitude” is physically sold out at source, but may still be available through distributors. The Digital version is still available.