This review pairs up the two recent Stephen Vitiello collaborations with Molly Berg and Michael Grigoni that came out a little under three months from each other on the IIKKI Books and 12k labels. The two releases highlight different sounds that different collaborators can come up with. 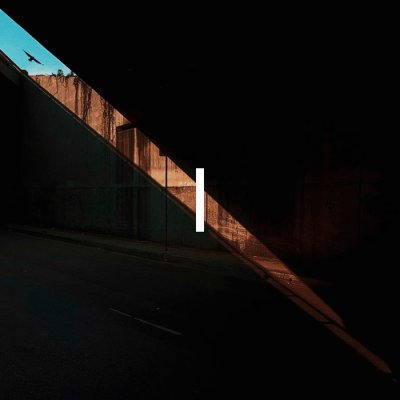 “Stephen Vitiello and Molly Berg met in Richmond, VA in 2007 and have stayed committed to an ongoing (if on-again, off-again) collaborative relationship ever since. Their first CD, “The Gorilla Variations” was released on 12k in 2008. The initial sessions for that CD began as a soundtrack for Brazilian video maker, Eder Santos. The two went on to create 2 more releases for 12k: MOSS (also with Steve Roden and Olivia Block) and “Between You and The Shapes You Take”. Together they make use of instruments that they do and don’t know how to play and seem to have the most productive recording sessions in offices and empty rooms rather than proper studios.

The title “I Drew A Fish Hook, And It Turned Into A Flower” comes from the book “Mental Radio” by Upton Sinclair (published in 1930). Sinclair and his partner did studies on telepathy, creating drawings based on aspects of mind reading. Like the previous sessions, Molly and Stephen didn’t speak about what they were going to do and just relied on an unspoken interaction in ways that Stephen saw mirrored in the book. The title proposed comes from one of the drawings where one drew a fish hook and from the idea of one person starting with an image and the other twisting it into their own variation. This current album for IIKKI is perhaps a turning point, bringing in a new level of musicianship from some fantastic collaborators and working towards more complex compositional structures. “

Fractured music is what I would consider the pieces of Vitiello and Berg to be. The music consists of fragments of sounds and melodies that feel like seeds cast about in the wind with their landing sites uncertain, but what you are left with is a form of fractured beauty. The instruments used on the album include guitar, voice, rhodes keyboard, field recordings, bass, drums and lap and pedal steel. What Vitiello and Berg (alongside collaborators such as Marcus Fischer, Mike Grigoni, Justin Alexander and Jennifer Choi) do is make music that feels like a fabric that has been sourced from a variety of different forms of material.

There is a fluidity in the material best exhibited in “Mental Radio”, the track that uses the same title as the book which inspired the album. In it’s thirteen plus minutes takes the listener into directions not anticipated – from abstract ambience through to loose almost jazzy, experimental post rock. This eclecticism carries on through to the following piece “My Favourite Feet” which evokes a dreamy if hazy and incomplete memory through its use of repetition and small flickers of a variety of sounds. The piece has a collagic feel of sounds that are combined in a way that memories can blur lines and cross over each other.

Vitiello and Berg’s way of creating abstract pieces is exhibited on the final piece “Light Through Rays” merging from new age beginnings to haunting country twanged dream pop and finally electroacoustic operatic drone. In some way the piece (and indeed the others on the album) feel like various forms of music have been filtered through with elements, styles and influences of them being treated and then re-framed into new pieces.

“I Drew A Fishhook…” is an album that while it doesn’t necessarily feel like it is the Aural equivalent of the telepathic relationship the author and his partner had, it feels though like Vitiello and Berg are recreating a musical world based on their silent intuitive relationship.

“I Drew A Fishhook, And It Turned Into A Flower” is available on LP, CD and Digital.

“”Slow Machines” brings together veteran Stephen Vitiello and 12k newcomer Michael Grigoni, whose debut “Mount Carmel” (12k1090, 2019) made an impression for its merging of the pedal and lap steel guitars with a hushed, ambient sound. With both calling the southern mid-Atlantic region of the United States home, the two met up and discussed a collaboration in which Grigoni would provide the guitars and Stephen the electronics and processing with a goal of combining each of their artistic languages into a new form.

Vitiello, whose work is steeped heavily in the installation and art world, utilized both his trademark field recordings as well as recordings from the oddly whimsical kinetic sculptures of artist Arthur Ganson. The clicking and rattling sounds of these sculptures were the inspiration for the album title as the metal forms whirl and whir in repetitive motion like slow machines. A feather on one of Ganson’s pieces softly touches the string of a violin and recordings from Vitiello’s fieldwork in Sheridan, Wyoming provide a tactile sense of place as the duo creates a series of new sonic machines that morph and evolve over the bending, lulling tones of the steel guitars.”

The beauty of this album is that while the above album featured Grigoni on all tracks, “Slow Machines” is a beast of it’s own nature. Recorded in 2018, I am not sure which session came first and wonder if the process of “I Drew A Fishhook…” inspired further exploration of the duo’s sound or resulted in Grigoni guesting on the above album. Whatever the case the result is one which is nicely different in it’s nature. Despite being released in the Northern Hemisphere’s winter, this is a surprisingly warm, light filled, melodic release. While “Fishhook” had a lot of space in it’s pieces, the tracks on “Slow Machines” are full of hazy, sun dappled sound. The influence of the artist that the track “Arthur Ganson” is named after is the glitchy almost rippling tones that scatter about while Grigoni and Vitiello provide material for each other to work and manipulate with.

“Sheridan, Wyoming” named after the city that is halfway between Yellowstone Park and Mount Rushmore has an open, if slightly melancholic feel to it. Grigoni contributes delicate twangs and arcs of sound, while Vitiello adds in looped field recordings and a slightly gritty, almost stormy dark ambience that together offers up a a pensive mood. There are some percussive like sounds that have a very slight nod to those in “I Drew A Fishhook…” but for the most part the music is one which is hypnotic in nature.

“Purpling Cloud” feels like like the perfect distillation of slow core post rock meets distant squally ambient. The piece has a swirling sound which creates a bed for Grigoni’s playing to cast tones upon. Constantly evolving and coming close to evoking the coldness of winter the track feels like the colour is seeping out of it, leaving a blue haze. After a brief flurry towards the end which is opposite to it’s beginning, the track comes to a close.

“A Clearing” originally I thought we would see the return of the light filled sound we heard on the opener. Instead we are taken into a sonicly rich, overcast but dreamy piece of music that relies on the subtleties of the instrumentation much like tracks did on “I Drew A Fishhook…” The pace is slow with an unwinding feel and a ghostly presence. Grigoni’s voice adds a spectral feel while the music encompasses several layers of sound and vibrancy. In a way the input from Grigoni’s various string instruments is still very much present, but for some reason they feel don’t have a commanding presence, instead they are used very much like a looping building block bringing in texture, tone and variance of sound to the piece.

The finale track “Transparent As A Hanging Glass”which feature label boss Taylor Deupree on Moog bass, Hohner Pianet-T is the most traditional sounding piece on the album that nicely mixes ambience and this particular strain of Americana that Grigoni is making his own. It feels like a piece for the end of the day when you can relax and reflect back on what has been achieved. There is a contentedness that comes through the music with the ultra subtle bass tones and glistening ambience adding to the progressively exploratative string work that conjures up a positive mood.

The success of the album is the balance between the two artists and their individual styles with each artist complimenting the other. Hopefully this is not a one off collaboration and one that possibly invites other artist into the fold to create a 12k super-group (Fischer, Fuller, Durand, Scott, etc… would be valuable additions). If you loved the OHIO album and any of the other 12k collaborative releases, then “Slow Machines” will be right up your alley. “Slow Machines” is available on limited transparent vinyl (200 copies) and Digital.

The cd I bought for $4.25 and what it goes for on Discogs.😵🤑
Close ups of the posters.
A selection of posters picked up today. #ghibli #paramount #kobe #coffee
Records that will never lose their edge. I bought this aged 15 and 32 years later it still hits all the marks. #hard-ons #blackie #keish #ray
Instagram vs reality. Thing 3 couldn't help but photo bomb. #schoolholidays #dadlife
What is on TV 33 tears ago
Loading Comments...
Comment
×
<span>%d</span> bloggers like this: