An Interview with The Green Kingdom.

A favourite artist at Drifting HQ is Michael Cottone aka The Green Kingdom. Since 2006 he has been releasing music with last year seeing “Seen and Unseen” (Sound in Silence) being easily in my top three for 2018. With an Expanded version of “Expanses” recently issued through Dronarivm (with a review to appear shortly on this blog), I sent some questions over to Michael and he graciously answered them. 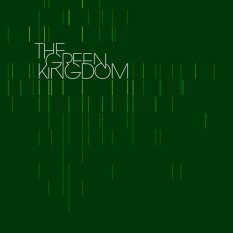 *You have been releasing music for over a decade now and have created quite an impressive back catalog. Looking back, what started it all for you? Were you in a band prior or had you been quietly working away by yourself?
Well, I began playing guitar at 12 and have had a couple informal bands with friends through the years, nothing too serious. Lots if time spent alone in the bedroom learning metal riffs haha. I started recording solo material around 2000.
*I was wondering what the impetus to a piece of music is? Is it a field recording, a melody, a suggestion from a label or a burning desire within you to express emotions?
Honestly it’s been all of those things for different pieces! Typically things will start off with a chord progression or melody on guitar or a simple sequenced loop that becomes the foundation for a track.
*Your pieces,  especially those on “Seen and Unseen” are multi-layered and deep. When you are creating music is it a process of refining and adding to the pieces over time or do you have the music mapped out in your head early on in the piece?
As mentioned, it typically begins with a progression, melody or sequenced loop and I build on that. I jump around from one song to another and let them develop over time. I generally have a general sound or vibe in mind, but I never have every part of the arrangement mapped out in advance. I just let the piece go where it will organically adding things and taking them away. My natural instinct is to keep layering up elements and melodies, so I usually end up having to reign it in a bit.
*From a person far removed from Detroit, the images that come to mind are those of abandoned areas after manufacturing left, but also a rebirth as artists moved to the city and started revitalizing it. Your work includes field recordings (presumably from Detroit). Does your home town affect or influence your music?
While I love the city and am really proud of the progress it’s made, we don’t live in Detroit proper, but in the northern suburbs. We have a lot of parks and opportunities to be in nature in our area, so a lot of field recordings are captured on hikes with the family. We even have deer in our neighborhood.
*In my review of “Seen an Unseen” I mentioned how a compilation of some of your works would be considering some of them being out of print. With that in mind, I was wondering if you don’t mind looking back at some releases and giving your thoughts on them. 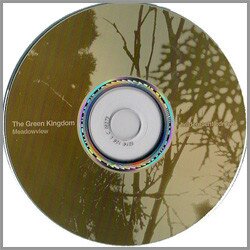 “Meadowview” (Heldernacht, 2006)
This was the first album that someone asked me to record for a label – albeit a short-lived one. Meadowview is the name of our street and the album was probably my homespun attempt at minimal 12k-style ambient. I never even got my copies of the CDR as they got lost in the mail and then the fellow who started the label abruptly disappeared, never to be heard from again. I’ve been wanting to make it available on Bandcamp, but I’m somehow missing a track!

“Prismatic” (Home Assembly Music, 2010)
One of my favorites and the Home Assembly guys are great to work with. I tried to blend a bunch of things that I like – folk, dub techno, ambient, etc. – into a hopefully cohesive package. Also, it kind of blew my mind that I could have people like The Boats, bvdub and many others I respected so much remix my stuff for the bonus disc. 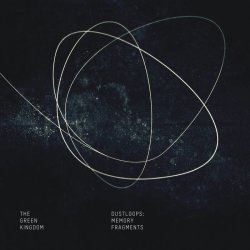 “Dustloops: Memory Fragments” (SEM, 2013)
Another one that explored a few different directions, but heavily sample-based. Some of the samples were from a film or show I had a childhood memory of, others were from random records. The goal was to capture a sense of half-remembered nostalgia.

“The North Wind and The Sun” (Lost Tribe Sound, 2017)
I had wanted to record something more acoustic in nature for quite some time and Ryan encouraged it and was beyond awesome to release it on Lost Tribe. It’s a label I’ve loved and respected for a long time, so I’m very grateful that the record exists!
*You have released Ambient/Dub/Techno under the Dustcraft name. Will there be more releases under this moniker or a possible merging of the sounds into The Green Kingdom?
Some dub techno elements and rhythms made their way into previous TGK releases as previously mentioned, but Agus from Archives was the first one to let me completely embrace it by letting me release a full-length under a different name! I do get the itch to do more dub/ambient material from time to time, but the problem is that I’ve committed to releasing too much Green Kingdom stuff that I’m always trying to find the time to finish. I’m sure I’ll revisit the Dustcraft project at some point…
*Your most recent release is the expanded “Expanses” album on Dronarivm. You are no stranger to remix collections with collections coming with “Prismatic” and “Miniature Forest Remix”. You yourself are no stranger to remixes doing some for the likes of Plea & Giullio Aldinucci, Ocoeur, Benoit Piolard and others. What attracts you to remixes or reworks?
Typically someone asks, most often friends or acquaintances. I’m usually familiar with their sound, so that helps. What I like is hearing a lot of layers and elements that can be repurposed into a new form. I like to start from scratch and build a completely new track when a do a mix. I’ll chop up pieces and build new progressions and rhythms, pitch things up or down. I don’t like to just start layering up the parts as they exist in a different order, that would result in something too similar to the original. For me, the ideal remix has some hint of the original, but is a wholly different piece.
*What plans do you have for the future? Is soundtrack work something you would like to engage in the future?
Most definitely, I’m doing commissions to soundtrack some video work at the moment. I’m always looking to get more involved in soundtrack work in general, be it video, films, games. It’s something I find really rewarding when I get the chance to do it. Other than that, I’m planning to release at least a couple new albums this year and possibly a series of ambient guitar-based works further down the line.

You can find more of Michael’s music fine music via his Bandcamp page.

One thought on “An Interview with The Green Kingdom.”